When you make a purchase online, you expect to get an email confirmation for it. Most WooCommerce stores will also send you shipping notifications and updates if anything goes wrong with your purchase. However, email isn’t the only channel that you can use to send WooCommerce notifications.

A lot of users around the world rely on social messaging platforms such as WhatsApp and Facebook Messenger to get notifications. If you’re in South Korea, though, you probably use KakaoTalk and your customers do too. That means using KakaoTalk to send WooCommerce notifications can be just as, if not more effective than email.

In this article, I’ll talk about why it makes sense for Korean e-commerce operations to use KakaoTalk. Then I’ll go over how to implement KakaoTalk notifications in WooCommerce. Let’s get to it!

Why Use KakaoTalk for E-Commerce

Depending on where you live, there’s usually a dominant messaging app that everyone uses. In the United States, that’s Facebook Messenger. Latin American countries are all about WhatsApp. Viber is popular in Asia and WeChat dominates in China.

If you look at South Korea, you’ll notice there’s one messaging app that’s far ahead of the competition and that’s KakaoTalk. South Korea has a population of almost 52 million and KakaoTalk has an active user base of over 44 million. Numbers show that around 87% of the country’s population uses KakaoTalk on an almost daily basis.

As far as e-commerce goes, sending notifications via KakaoTalk is a great way to ensure that customers don’t miss out on updates with their orders. An email might get overlooked depending on the state of your inbox, but few people ignore direct messages to their phones.

How to Send KakaoTalk Notifications for WooCommerce

If you want to target Korean audiences, you need to cater to their specific needs and preferences. WooCommerce makes it easy to launch an online store and start selling to customers around the globe. However, the base plugin doesn’t account for regional preferences.

Korea for WooCommerce is a plugin that I developed to cater to the Korean market. It takes the original WooCommerce and modifies it so you’ll have an easier time connecting with Korean customers:

Some unique customizations the plugin offers include support for Korean payment methods, integration with Naver Analytics and Daum Shopping, and support for Korean shipping carriers. You also get to add both KakaoTalk and Naver TalkTalk buttons to your WooCommerce store: 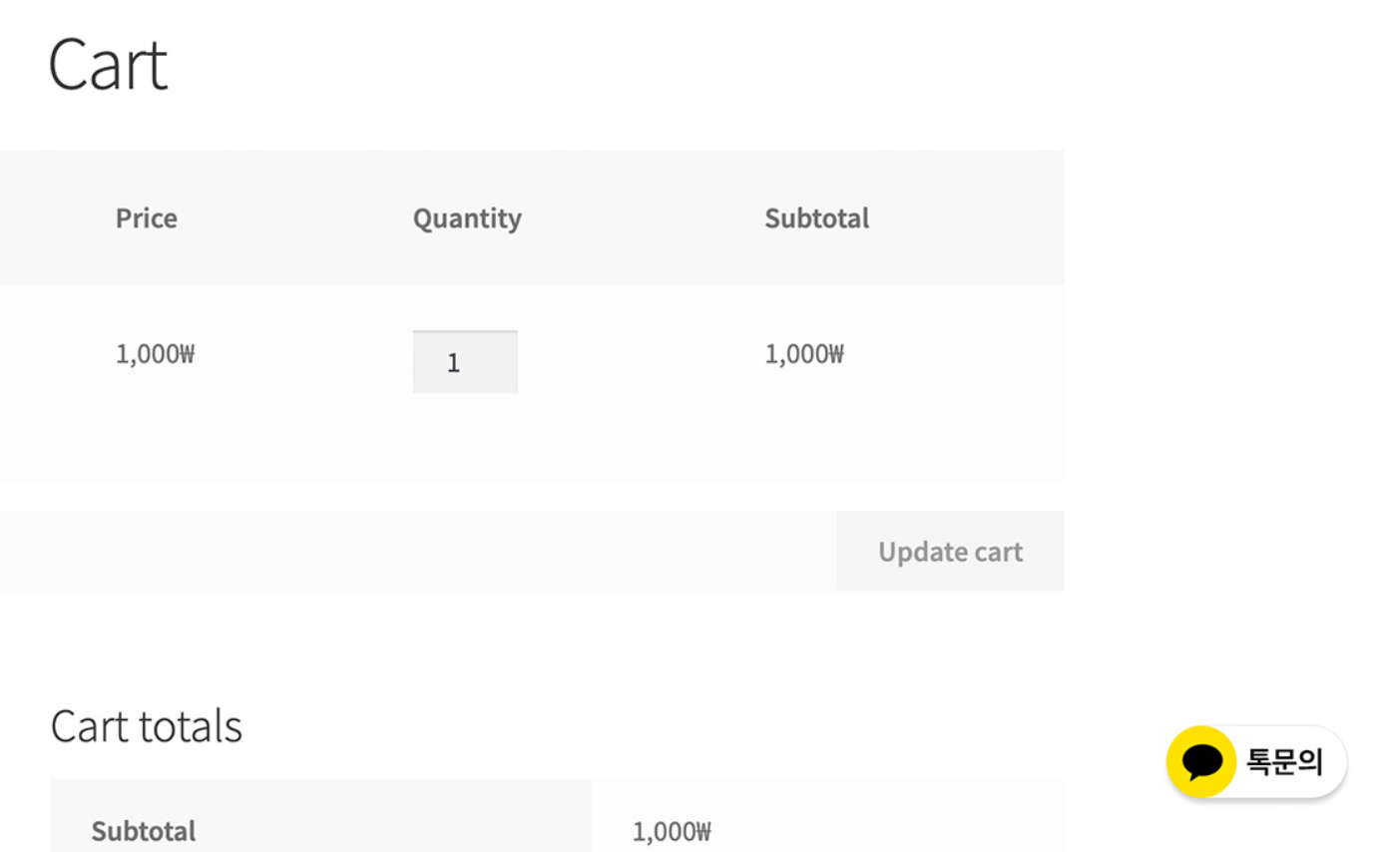 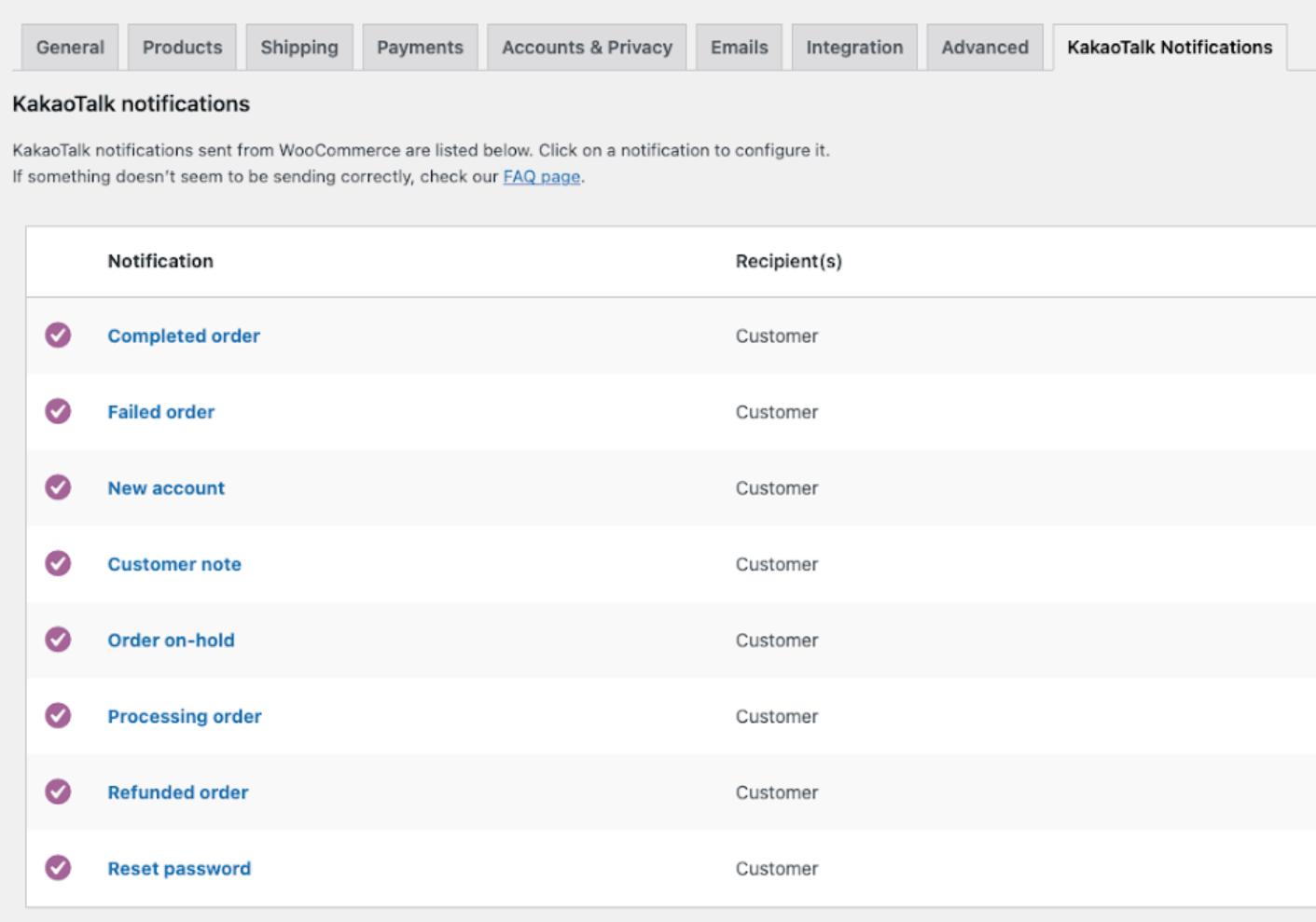 Using KakaoTalk Notifications for WooCommerce, you can choose which notifications to enable and who should receive them. If you offer customer notifications, WooCommerce will connect with buyers using the phone numbers they entered during the registration or checkout process.

You get full control over the contents of each notification. If you access a specific notification from the dashboard, the plugin will enable you to customize it using placeholders and to enable or disable them: 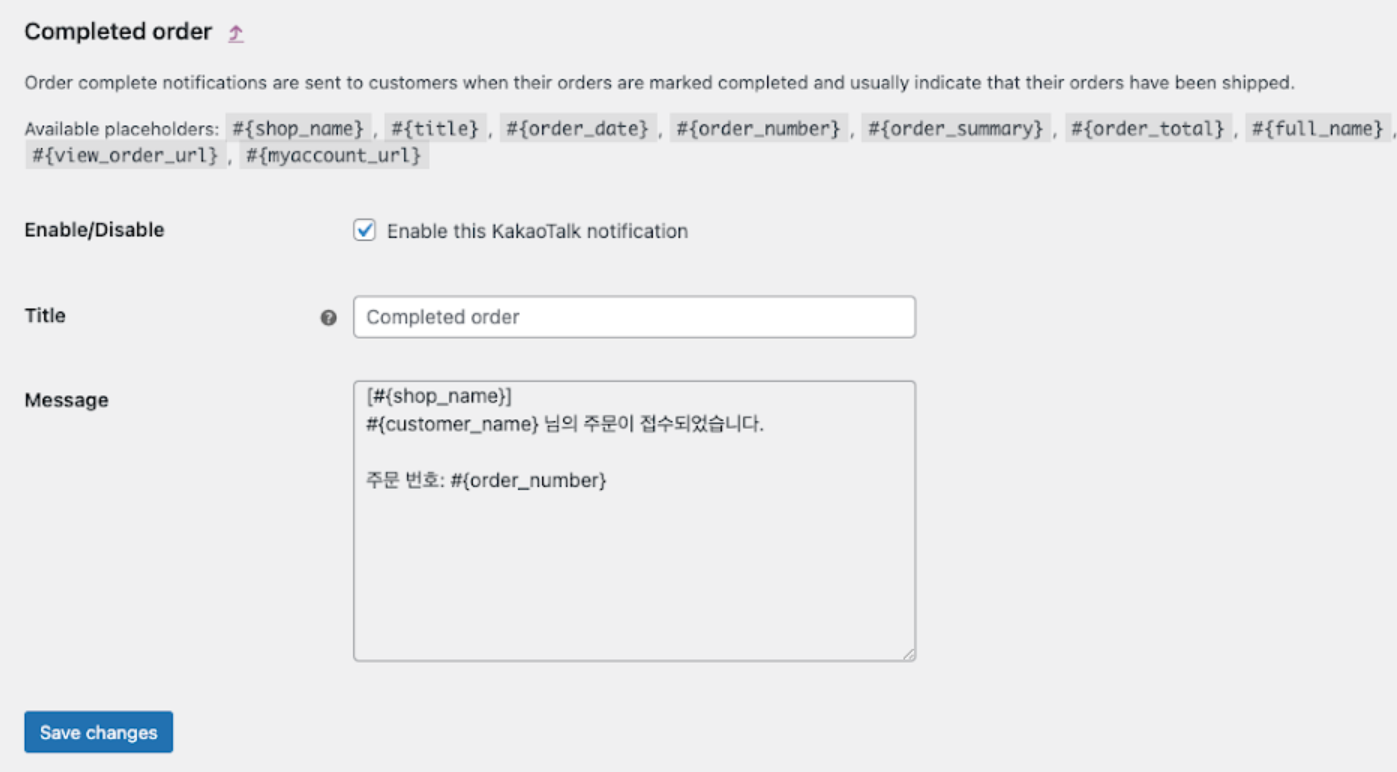 That customization system means that you’re free to choose how much detail to include for notifications. You can even personalize messages which makes users more likely to pay attention to them. Here’s another example of a pre-configured notification – this one for a failed order: 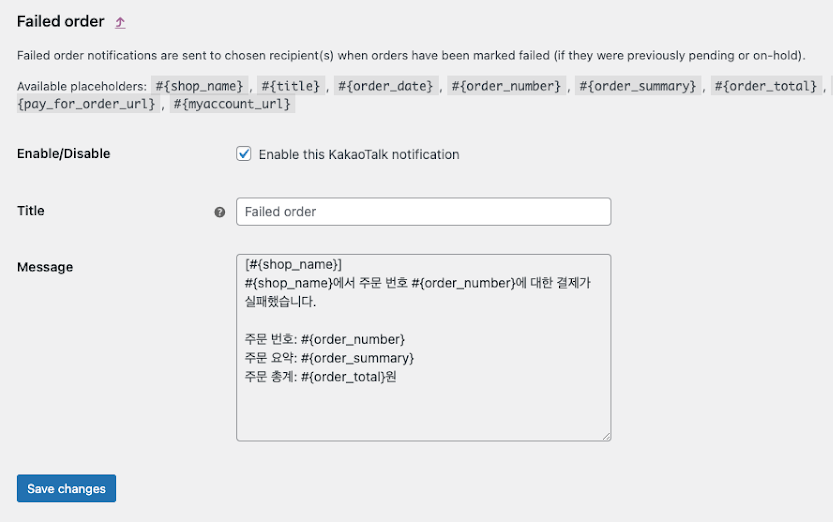 If you’re trying to break into the Korean market with an online store, it’s important that you understand what that market prefers. Korean audiences have their own favorite payment methods, such as KakaoPay, NAVER Pay and TOSS. You’ll also need to account for the unique formatting of Korean addresses and re-do checkout forms so they’re in line with the style that other online stores use in the region.

Considering how popular KakaoTalk is in Korea, it makes all the sense in the world to use it to communicate with customers. Korea for WooCommerce already adds a chat button so customers can reach you via KakaoTalk. Using KakaoTalk Notifications for WooCommerce, you’ll also be able to send customers e-commerce notifications via the app, all without any additional effort from your side.

Do you have any questions about how to integrate KakaoTalk with WooCommerce? Let’s talk about them in the comments section below!